Dentistry Myth or Fact: Does it Matter?

One of the long-standing debates in Beverly Hills dental and general medicine is the nature of the relationship between periodontal health and broader systemic disease. For anyone unfamiliar with the topic, here’s a quick summary: there are literally hundreds of studies linking gum and tooth disease to any number of more severe health problems, such as diabetes, cancer, heart disease and even dementia. Studies that show that heart surgery patients, for example, are twice as likely to have gum disease than the regular population. Or others that tie diabetes to people who brush less than twice a day. 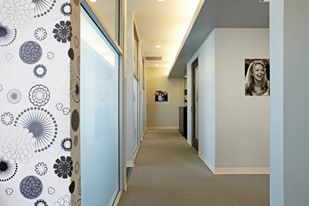 The strong correlation between periodontal disease and other, life-threatening illnesses is an established fact. What’s less clear is exactly what that correlation means. Can gingivitis, for example, cause heart attacks? Is plaque a contributing factor to diabetes, or simply a related result of the same general lifestyle and eating habits that cause both?

Science has yet to answer these questions definitively, but that uncertainty hasn’t stopped aggressive claims from being made and publicized. A quick Google search will turn up a whole series of contradictory headlines from everything from the UK’s The Telegraph to Time Magazine, proclaiming causal patterns that don’t really exist in the evidence yet, and perhaps within the span of a few weeks or months, debunking “myths” that no responsible scientist would ever spread. That’s understandable. News works on daily and now ever hourly deadlines, and readers want bold scientific breakthroughs, not the deliberately plodding, timid process that science actually is. But premature though some of the claims may have been, there is now good reason to suspect that taking care of your teeth could be the care to taking care of your body.

The plethora of evidence indicating that dental health is tied to other more serious illness has been growing for years now, but recently, advances have been made in establishing the direct connection many have believed existed but were never able to prove. Where once there was simply the vague link between the two, studies are now offering plausible explanations for how the one could lead to the other, and results that point to a similar conclusion. One study showed, for example, that the number of teeth an adult has lost to tooth disease and the regularity and amount of gum bleeding are proportional to certain health indicators doctors typically monitor as part of preventative early alert care, such as blood sugar, high blood pressure, waist circumference and ‘bad’ cholesterol.

Just over a year after the American Heart Association determined that, from the 500 studies it reviewed, there was not sufficient evidence to claim any causal link between heart attacks, a new narrative is emerging that would explain the relationship in terms of cause and effect. Inflammation in the gums has been shown to increase blood levels of an enzyme known to harden arteries, a major factor in cases of stroke and cardiac arrest. And poor oral health could allow some of the more than 1,000 strains of bacteria that inhabit any given mouth into the general blood stream, causing inflamation throughout the body, and possibly even narrowing blood vessels in the brain, a condition tied to Alzheimer’s and other forms of dementia.

Again, science still has to catch up. However the point is, a tooth brush and packet of floss cost less than $5 at any pharmacy, whereas treatments for heart problems and diabetes and the like can run in the thousands or even hundreds of thousands of dollars. Brushing twice a day is easy, but fighting more serious health problems is not, and the stakes could mean your life. Even if all the data eventually points in another direction, there is a cheap, easy way to potentially stave off life-threatening illness. So in case you needed another reason to keep your mouth clean, do it for the rest of your body.