If you can read this, you likely know how to brush your teeth. You’ve probably been doing it since you were young. Sure, perhaps for the first 12 years someone needed to make you do it. But at this point, you’re a pro. You’ve scrubbed those pearly whites literally thousands of times now. You know what you’re doing.

Except with the amount of effort it takes to get kids to brush at all, not a lot of attention is given to whether they’re doing it right. Bad habits develop over the years, and no self-respecting adult wants to be lectured on technique. Unfortunately, dental professionals will tell you that a surprising number of their patients have misguided and potentially harmful understandings of how to handle a toothbrush. 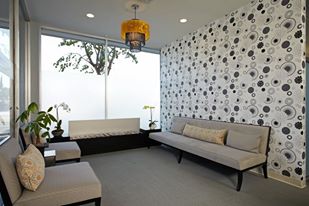 Twice a day for two minutes at a time is the standard dentist refrain, and while the numbers seem a bit arbitrary, science is proving they aren’t. Researchers at the UK’s Newcastle University determined that the optimal brushing routine is twice a day, for two minutes, with 150 grams of pressures (i.e.. roughly the weight of an orange).

Now, obviously, not everyone is going to be able to exert exactly 150gms all the time. And even though some electric toothbrushes have timers, most people do not brush for exactly two minutes either. And that’s okay. These things aren’t set in enamel. (Dentist humor.)

Twice a day for two minutes really is what you should be shooting for, though, so don’t go taking too many liberties.

Too much of a good thing?

You can’t make up for a missed brush, for example, by brushing extra hard the next time. And brushing after every meal is not advisable, either, even if the total only adds up to 4 minutes.

That’s because you need a certain amount of brushing to effectively eliminate all the plaque-forming bacteria from a meal. And increased pressure is not equivalent to spending the right amount of time brushing.

In fact, scrubbing too hard can actually scrub off your teeth’s protective enamel, particularly when using a granular whitening toothpaste, as can scrubbing too often or too soon after a meal. In other words, too much of anything — enthusiasm, punctuality, endurance — actually defeats the whole purpose of brushing, and speeds up tooth decay.

As a general rule, wait at least 30 minutes after eating to brush, especially if your meal included anything highly acidic. And don’t think more is necessarily better. Brush gently but well twice a day for around two minutes, making sure to distribute the time you spend as evenly as possible across the mouth. (One trick is to start in different place, as studies have found that people tend to spend more time with whatever area of the mouth they start with and lose focus as they go.)

What do we mean when we say “brush well”? Well, what we don’t mean, it should be clear, is brush ferociously or longer than necessary. We’re talking about how you’re brushing: the physical movements.

Firstly, you want to brush both teeth and gums evenly, making sure to cover the inside, top and outside of all teeth. And don’t forget the tongue, which accumulates bacteria and doesn’t get scrubbed from the mechanical act of eating.

A good place to target is the space where the gums and teeth meet, because that is where most plaque and food particles accumulate. Brush in short up-and-down strokes, moving down the lines but not scrubbing sideways. Going back-and-forth across the gums is especially dangerous, as it can lead to bleeding and gum recession, allowing harmful bacteria to enter the bloodstream and exposing the unprotected lower areas of the teeth. (These are other reasons to take it easy on your chompers.)

Anything is better than nothing, and it’s better to err on the side of too much rather than under-doing it. But going cowboy on your teeth can be even worse than leaving them alone entirely, so keep it nice and boring, and your mouth will thank you for it.